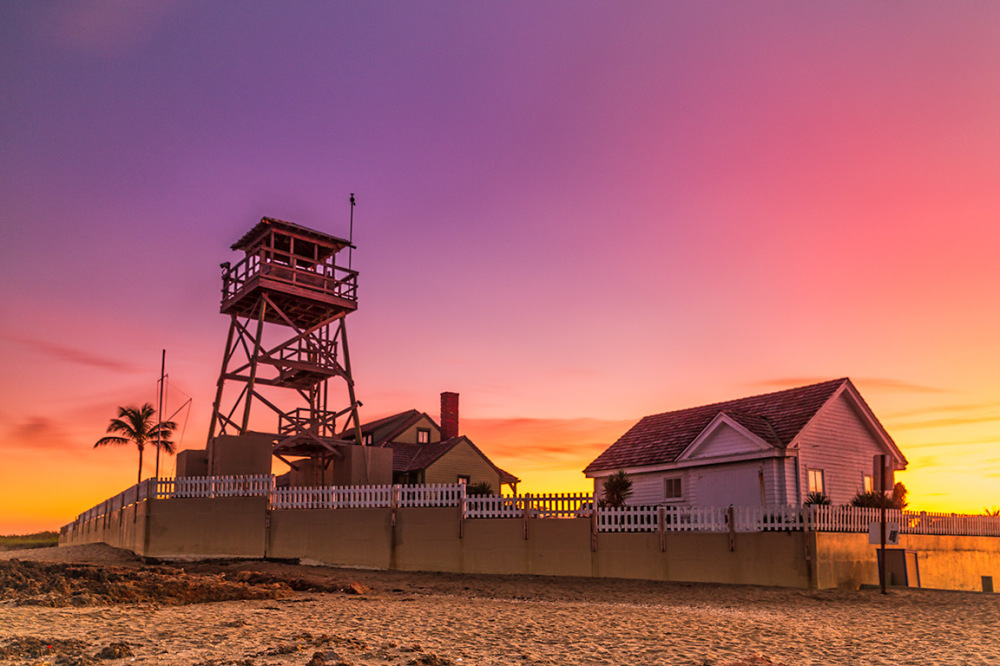 The House of Refuge at Gilbert's Bar at sunset.

This is the oldest building in Martin County and the lone survivor of ten original rescue stations along Florida's Atlantic coast. These lifesaving stations for shipwrecked sailors were established in 1876 and manned by keepers, much like lighthouses. They were isolated and lonely assignments.

The tower was added in 1942 to watch for German U-boats that were torpedoing freighters along the Treasure Coast.

Now the House of Refuge is a museum managed by the Elliott Museum but its rescue mission continues now focused on sea turtles.

Life in Florida, United States - House of Refuge by Fran