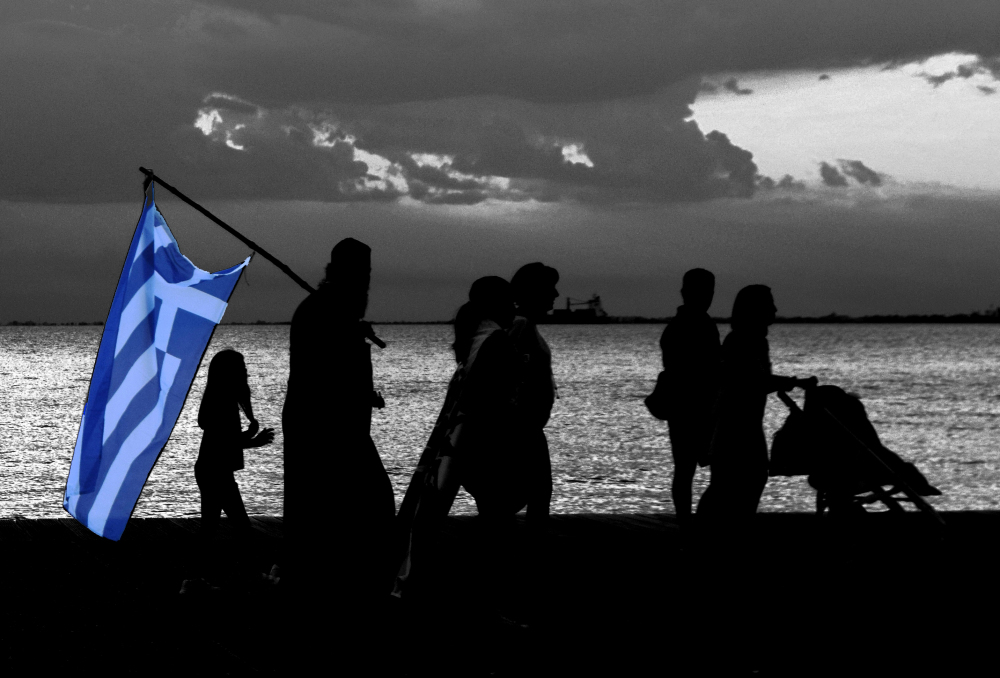 The original photo was taken in Thessaloniki/Greece on September 15th 2018. At the sunset hour many groups of people were going to a great meeting protesting against adopting name of Macedonia for a former Yugoslav Republic. Finally there were over 100,000 people at the meeting and were also some violent incidents, so we felt for the first time the taste of tear gas. The meeting ended with a succes over time: the former Yugoslav Republic is now called Northern Macedonia, and Macedonia remains the name of a Greek province.

That day I was accidentally in Thessaloniki. This is one of those lucky photos taken when you are in the right place at the right time.

Life in Thessaloniki, Greece - Macedonia is Greece by Dan

See more photos from Greece or from around the world