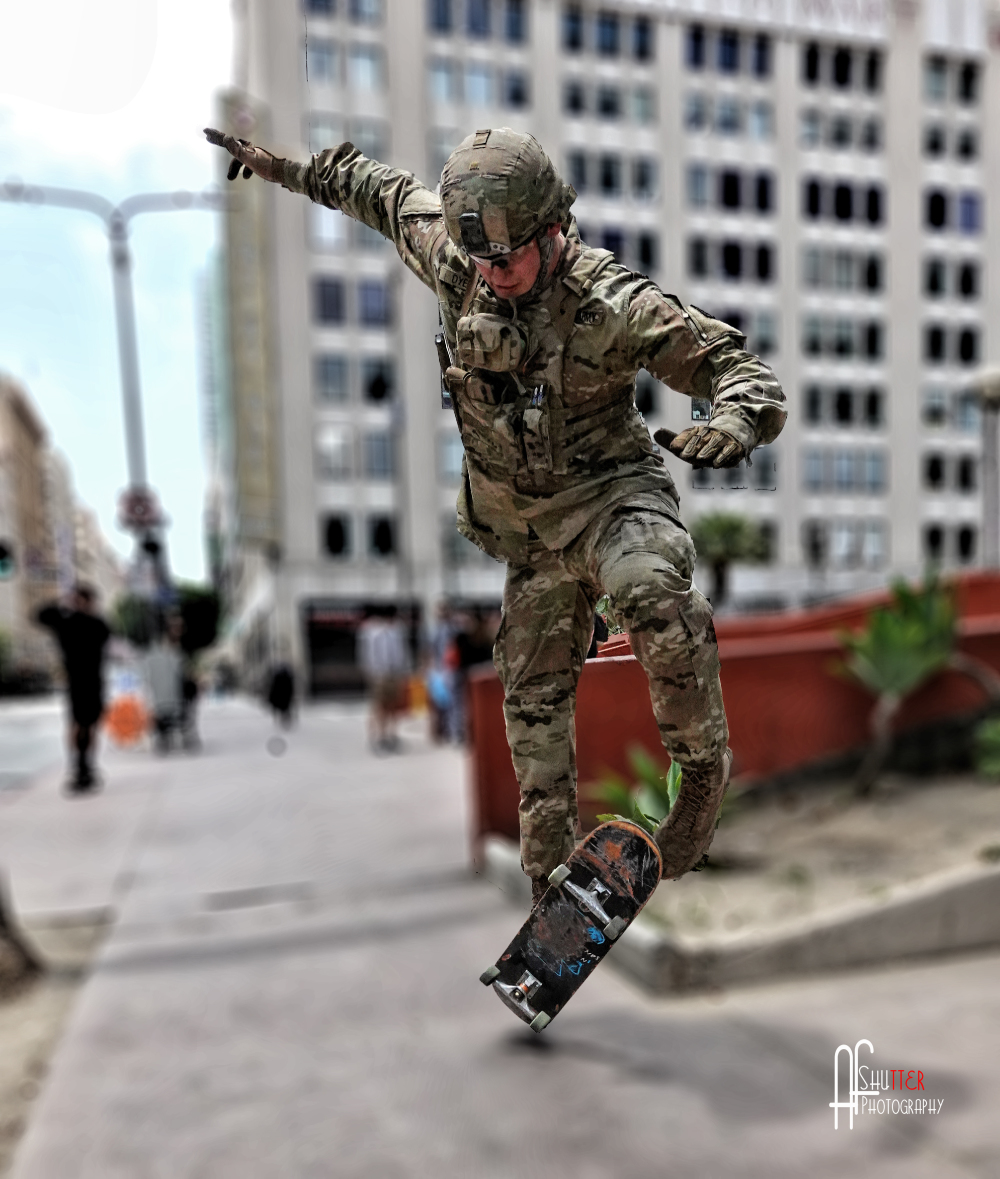 As many people know, the California National Guard has been called in to quell violence and create some stability in these turbulent times.

I am a avid street photographer, and came upon these 5 guardsmen standing around a military humvee. As I walked the same sidewalk that they were standing by, an African-American young man came by with a skateboard. One of the guardsmen, called out, "do some tricks" and he did.

I captured that good enough, and then the unexpected happen. One of the guardsmen, asked if he could try flipping the surfboard. Well, what do you know. He did it. Well he did it three times. This was the most representative of all three shots. What a nice surprise to a day of shooting protest, and other things. Don't kill the messenger here, I just take the photos. The guardmans later ask, if he could have a copy, and I said of course. We are all human. AF~