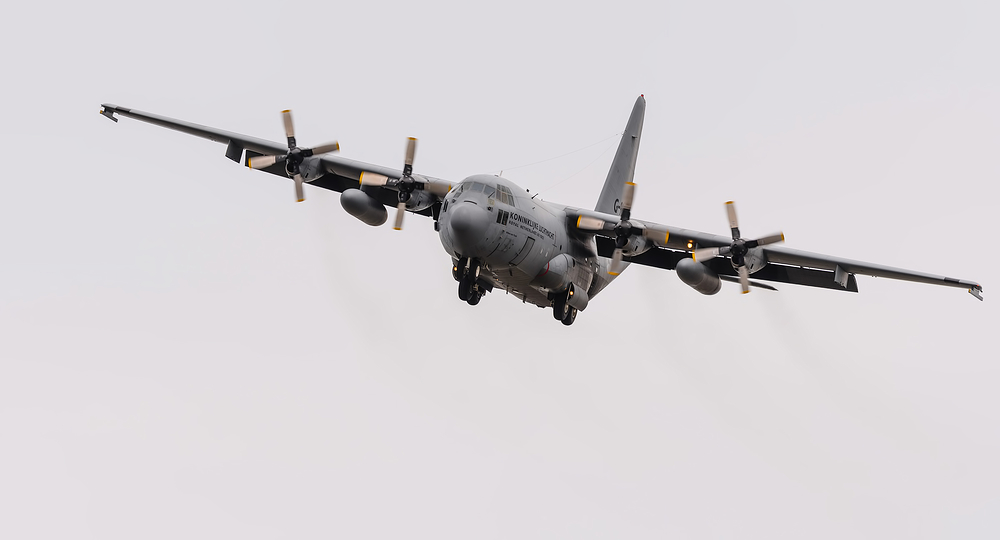 This Lockheed C-130H Hercules airplane (cn 382-4988) was named Willem den Toom as a tribute to the Dutch Air-Force officer and former Secretary of Defense.

The aircraft was deployed in July 2014 to repatriate the victims of the Malaysian Airlines flight MH17 which crashed in Eastern Ukraine on July 17, 2014.

See more photos from Netherlands or from around the world