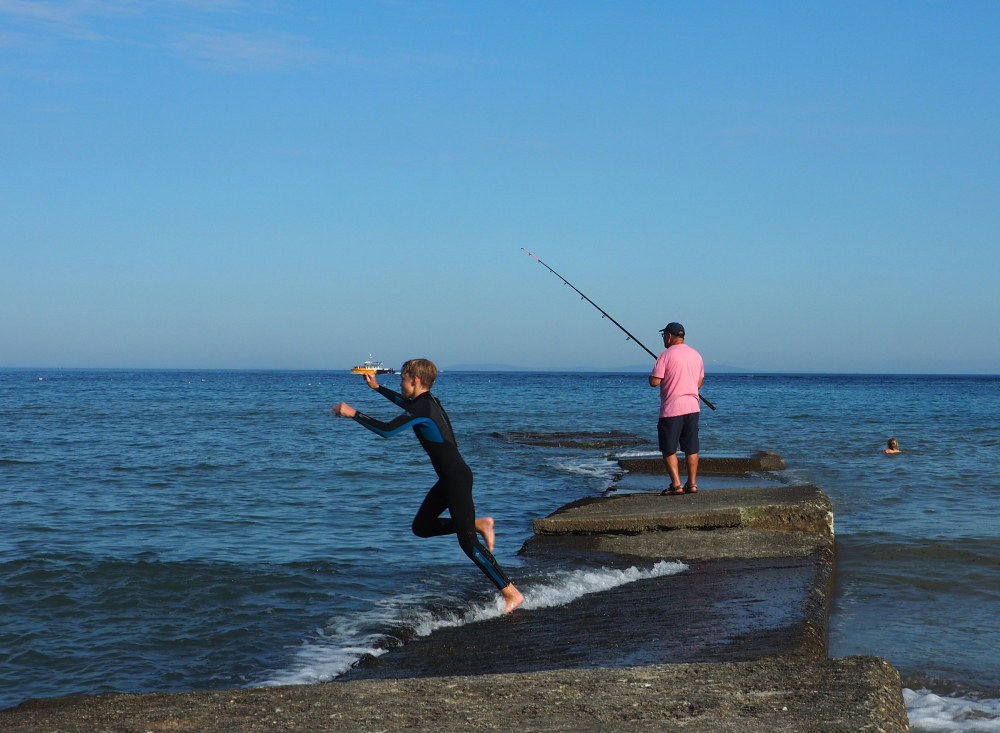 I was sitting on this concrete jetty (a disused sewage outlet and drain) playing with my new (to me) Olympus whilst Mrs G was taking a bracing swim. I had taken several pictures of the fisherman when this lad came along. I snapped him leaping in to the water and serendipity took over, as I suspect it often does in photography. It wasn't until I had uploaded the pictures to a computer that I realised I had captured the exact moment that his hand aligned with the boat on the horizon making it appear he was launching a toy into the sea as he jumped.

See more photos from United Kingdom or from around the world