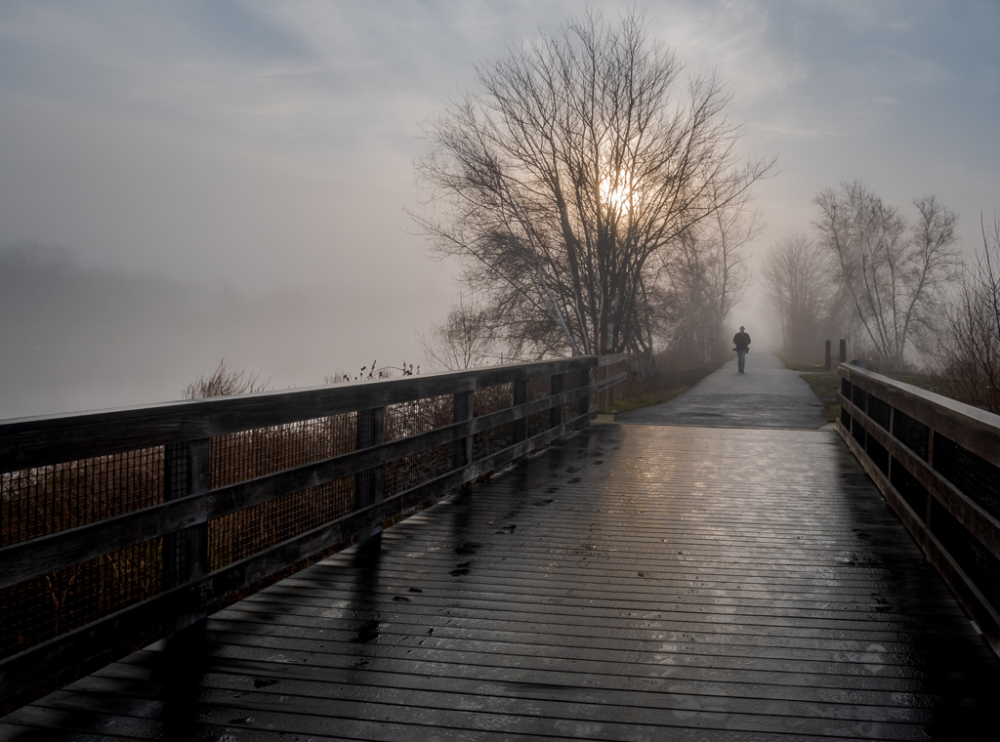 This photo is from the trail named the Alfred J Lima Quequechan River Rail Trail. (I call it the "Q-Trail")
The trail is on the bed of former railroad tracks along the Quequechan River. The river name is a Native American word for "Falling Water" or "Leaping Waters" in Wampanoag, the tribe that once settled in the region.
In its original form, the river once had eight waterfalls as it traveled to Mount Hope Bay. But during the 1800s the river was dammed for the textile industry which, sadly, is now piped underground to the bay.
The waterfalls are gone but the slow moving river along the trail is one of my favorite places to walk and bicycle. If one looks closely, there is an abundant of wildlife during different seasons - which you probably have seen at Aminus3.

In 2018 the Q-Trail was selected as one of five finalists for the Urban Land Institute’s Urban Open Space Award!

Life in Massachusetts, United States - Walking In The Fog by Andy Wilson