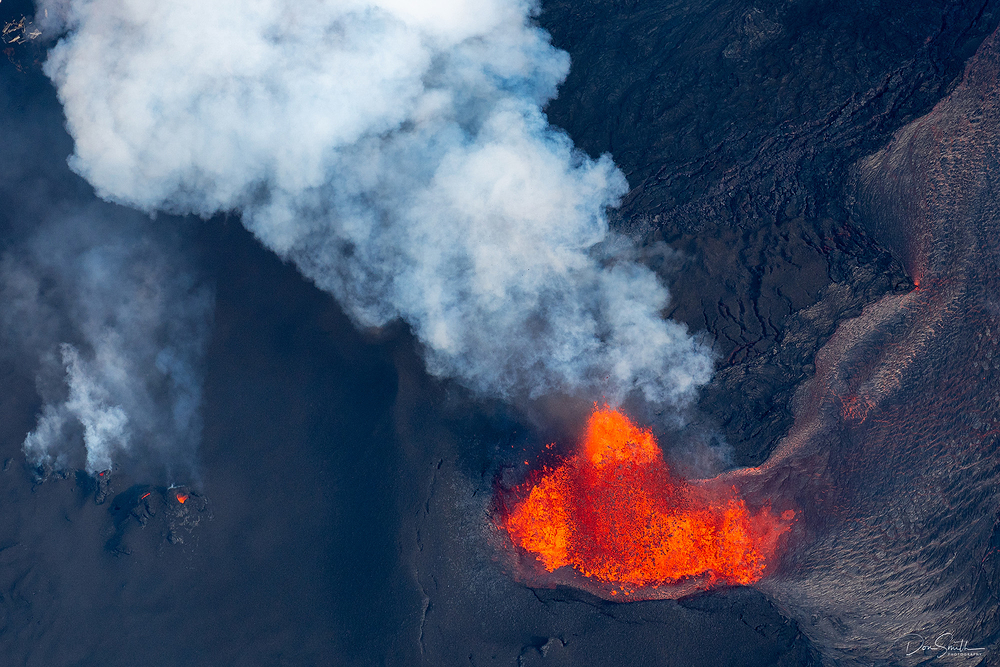 Back in early June 2018, my youngest son Aaron and I took the first doors-off helicopter allowed up at sunrise over Kilauea's famed Fissure 8 on the Big Island of Hawaii. It just so happened, the venting lava hit its peak of 273 feet that morning! I'll never forget the pilot asking me, "how close do you want to get?" I responded, "can you put us right over the top of it!" This is a memory that will last both of us a lifetime!